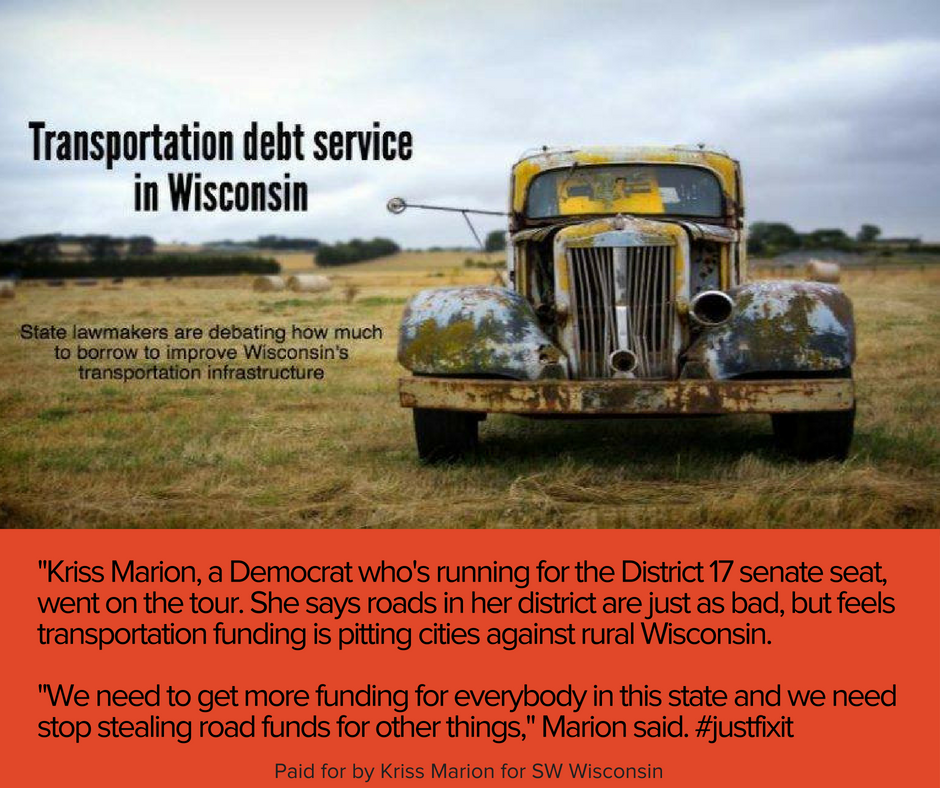 La Crosse County maintains more than 280 miles of highways. Over 50 percent of the county highway networks needs major repairs, but not enough funds are available.

"We try to do what we can there, but we don't have enough money to meet every safety need that's out there right now, let alone just the pavement needs," Chamberlain explained.

Counties are supposed to receive 30 percent of costs for general transportation aids from the state. Chamberlain says La Crosse County receives only 17 percent.

"It's not possible to stretch the dollars," He said. "The dollars don't exist. We don't have them in our coffers."

The Transportation Development Association and La Crosse Area officials showed off some of those roads in desperate need of repairs, one being Baker Road near Holmen. The road is past its life expectancy and now a weight restriction is placed on it.

"With the age of that asphalt and the weak base underneath it, that road would not last longer," Farmington Town Chairman Mike Hesse said. "We have no plans right now to resurface that road."

Kriss Marion, a Democrat who's running for the District 17 senate seat, went on the tour. She says roads in her district are just as bad, but feels transportation funding is pitting cities against rural Wisconsin.

"We need to get more funding for everybody in this state and we need stop stealing road funds for other things," Marion said.

Chamberlain says the only possible fix is using a gas tax to increase funding, but even then it would only be a start.

"Then the conversation for transportation funding needs to take the 'Okay what's the next step? What's the future? How do we continue to adequately and sustainably fund transportation," He concluded.

Governor Scott Walker's office put out a statement saying, "The governor provided the largest increases in funding for local roads in 20 years in the current year's budget, and invested $3 billion more in actual dollars into transportation than his predecessor."

They went on to say, "Governor Walker is committed to balancing infrastructure investments with the taxpayer's ability to pay, which is why he will never support a revenue increase for roads without an equal or greater decrease in taxes elsewhere."

The state used a gas tax index to adjust with inflation and in turn increase the transportation funding, but legislature agreed to stop using the index in 2005.