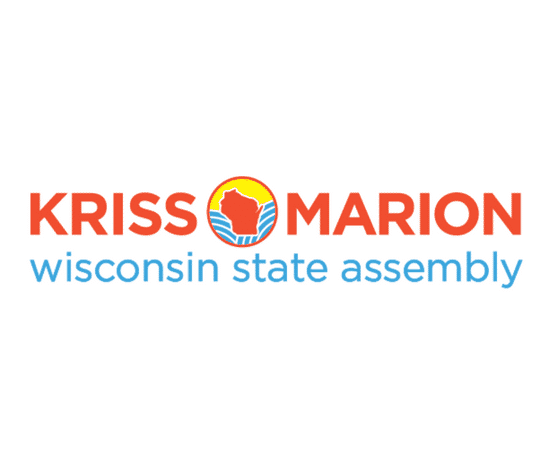 Blanchardville, WI-- Kriss Marion, a rural entrepreneur and Lafayette County Supervisor, launched her candidacy for the 51st Assembly District today with a video announcement from her farm in rural Blanchardville.

“Things are pretty chaotic in our personal and work lives, and the truth is, we don’t need our elected officials causing more chaos in Madison. We’re fighting a world health crisis, and we can’t afford to keep fighting each other,” says Marion in the video, while a large orange rooster crows in the background. “I’m running for State Assembly because I believe good government is possible. I’m ready to see a civil, professional and respectful legislature putting people first. Let’s stop bickering and get to work.”

Now in her third term as County Supervisor, Marion recently made history by being elected 2nd Vice Chair of the Lafayette County Board of Supervisors for 2020-22. She is the county’s first woman officer, and her duties include presiding over the powerful Executive, Rules and Legislative Committee.

“This should be an interesting contest between two local legislators with very different perspectives about the partisan shenanigans in Madison,” said Marion. “I consider Mayor Novak to be a friend. We’ve often met about legislative matters, and we’ve served on boards together. So this won’t be a personal mudslinging contest from my side. I am in this race simply because we need more action and less talk at the Capital. I’m an independent voice on my county board, and I get things done.”

This winter, Marion won an Openness in Government Award from the Wisconsin Freedom of Information Council for her efforts to block Lafayette County from passing a resolution restricting county elected officials and employees from discussing results of the Southwest Wisconsin Groundwater and Geology (SWIGG) study of private well contamination. The resolution also threatened to prosecute members of the press who didn’t print county press wisconsin state assembly releases about SWIGG verbatim, but was dropped after drawing widespread national criticism for violating 1st Amendment freedoms of speech.

“Clean water for rural well owners is essential, and I wasn’t about to let the results of the SWIGG study get buried by an unconstitutional resolution in Lafayette County,” said Marion. “I won’t let important issues get buried at the State Capital, either. 2019 was Governor Evers’ Year of Clean Drinking water, and yet this legislature has passed none of their own Task Force’s recommendations. More work, less talk – that’s why I’m running. We need a legislature that shows up to do the job.”

Marion is a well-known small business and family farm advocate – famously challenging the state ban on selling home baked goods. She and two other women farmers – all part of SW Wisconsin’s “Soil Sisters” farm advocacy group – went to court in 2016 and won home bakers the right to sell goods face-to-face. “Since then, we’ve seen a huge growth in farm market vendors and baking businesses in our small towns,” says Marion. “We still need more rural economic development opportunities, but that was a sweet victory.”

Kriss Marion and her husband, Shannon, raise sheep and run a farmstay bed and breakfast in rural Blanchardville. They have four children who graduated from Pecatonica Area School District and a grandchild who chases the rooster. Learn more at www.krissforwisconsin.com.