The COOKIE BATTLE for Food Freedom that started it all... 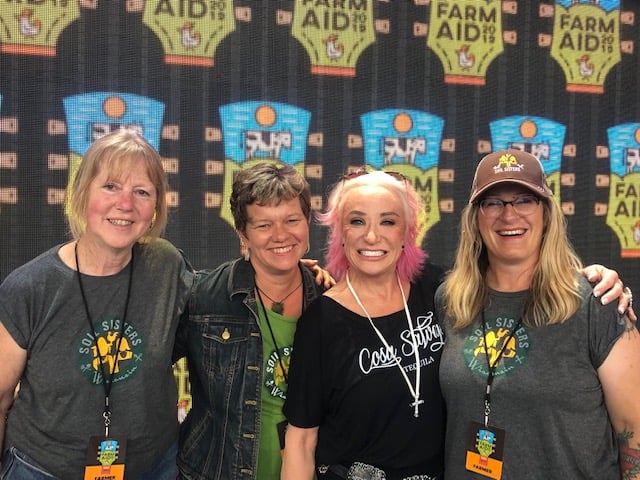 In 2015, Kriss and two farmer friends - all members of a Wisconsin women farmers support group called the Soil Sisters - started the process of writing a "Cookie Bill" with legislators in Madison. The bill was designed to allow home bakers to sell up to $15,000 per year worth of non-hazardous products directly to neighbors without building a commercial kitchen. All three of the women were bed and breakfast owners, already state inspected to bake for guests, but Wisconsin statues banned them from selling those same goods at the farmers market or a farm stand. At the time, Wisconsin was one of only TWO states that banned home baking. After three years of having the bill blocked from a vote by Assembly Speaker Robin Vos and the grocery lobby, the Soil Sisters sued the state and won. In the summer of 2019, the women - Dela Ends, Lisa Kivirist and Kriss - were featured speakers on the stage of FarmAid - and got some love from the one and only Tanya Tucker. Their up-close experience with big money lobbies and political gridlock at the Capital was the turning point that convinced Kriss to run for state office. Read more about their fight and Kriss' Food Freedom policy platform to help create more opportunities for Wisconsin's struggling farmers...

Now with the COVID Crisis exposing how vulnerable the global food supply chain is, Kriss is poised to introduce more Food Freedom Legislation - this time to help meat and milk producers more easily sell their goods directly to consumers. Now is the perfect time to give consumers what they want - access to fresh, local, farm-to-table products - and create new markets and better opportunities for farmers and farm workers.

Here are some of Kriss' recipes that were featured on the show.