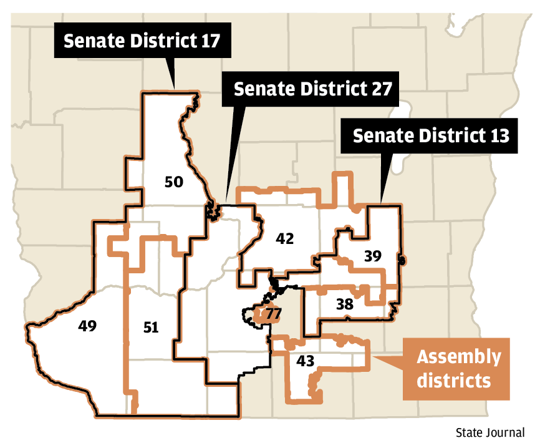 This levelheaded and disarming farmer and bed-and-breakfast owner in Blanchardville hasn’t lived in southwest Wisconsin for most of her life, as her opponent, Rep. Howard Marklein, has. But Marion better understands what it takes for her district to attract and keep more young families and workers to fill jobs and start businesses — one of the biggest challenges facing the region. Marion fled the Chicago area with her husband years ago for the beauty and small-town life of the Driftless Area, where she has raised four children.

She’s now an experienced and well-informed Lafayette County Board member, who sticks up for agriculture and the natural environment. Endorsing Marion, a Democrat, over Marklein, R-Spring Green, isn’t an easy decision. Marklein has earned our support in the past. He’s a sharp accountant who advocates for fiscal responsibility and rural schools. Significantly, Marklein serves on the Legislature’s budget committee, giving him more power over state spending decisions. But too often during his first Senate term, he has acquiesced to his Republican leaders when they undermined good government protections and strayed from smart financial decisions. Unlike Marklein, Marion is a strong supporter of nonpartisan redistricting and criticizes excessive Foxconn subsidies. She’s fought at the statehouse and in court to give her fellow “soil sister” entrepreneurs the right to sell small batches of baked goods. Marion has a broader and bolder vision of what southwest Wisconsin can achieve.